35 North Contemporary Fine Art opened its doors to the public for the first time on Saturday September 6th 2014 with an exhibition entitled Images of Brighton by local artist John Whiting. 35 North is owned by Brighton residents John and Sharon Whiting and is the result of a long held dream to open an art gallery in their home town. 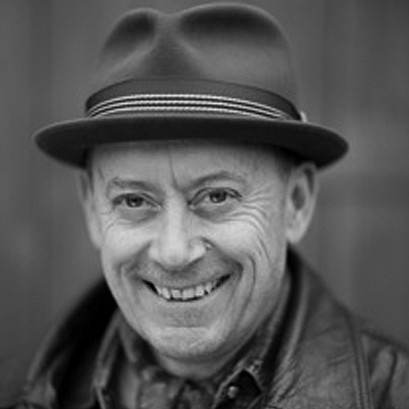 John Whiting spent his childhood in Bexhill-on-Sea before studying architecture in London. His interest in painting and drawing buildings evolved over time to include landscapes and life studies. Art and architecture have always been closely linked and in John’s work each discipline informs the other in a striking balance of rigour and expression. Exhibitions include: 1994-95 Hong Kong’s Wattis Fine Art Gallery & the Hong Kong Fringe Club; 1997 The Fink Gallery in Sydney; 1999-2012 John exhibited his work in his own Open House as part of the Brighton Festival; 2010 the Chateau de Bosmelet in Normandy; 2013 & 2016 La Linerie Arts Centre near Dieppe. Since setting up his studio adjoining the gallery in 2014, 35 North has exhibited his work twice yearly. His work is held in private collections locally and around the world. You can follow John’s work on instagram https://www.instagram.com/jwartbrighton/ 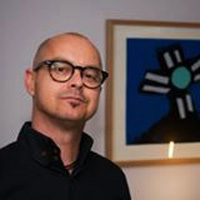 Alexander Johnson writes ‘My work even when abstracted has always been about storytelling, setting down my own experiences and memories and combining them with contemporary themes. I don’t wait for inspiration, I’m in the studio every day so new ideas surface during the working process and I develop them. I have kept daily sketchbooks for the last 35 years and this ongoing sketching and processing of ideas informs the larger work. Certain enduring interests influence me such as the contours from aerial reconnaissance photos that my father took in the war, which still thread their way through the work. The influence of British post-modernists like David Bomberg, Peter Lanyon and Barbara Hepworth are also clear to see. http://www.alexander-johnson.com/ 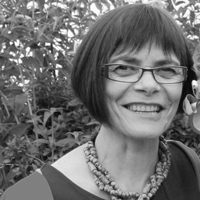 Kate Osborne the renowned watercolourist has a new collection of work focusing on the joys of allotment life, her vibrant, abstract watercolours capture the ever changing landscape of this oasis in the heart of Brighton. Her interests and subject matter are mainly the natural world (which stemmed from her solitary wanderings in the Yorkshire countryside as a child) and garden landscapes. Kate works freely in watercolour from life, both en-plein-air and studio based, with the minimum of compositional drawing, capturing the transitory nature of the subject matter with a rich spontaneity. Kate is a member of the Sussex Watercolour Society and teaches watercolour and ipad sketching, running workshops in Brighton, Hove and Lewes. www.kateosborneart.com 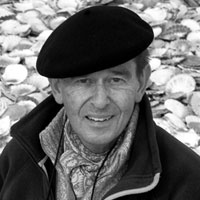 John Brockliss is a Brighton-based photographer, specialising in maritime, documentary and reportage photography. He studied photography, fine art and graphic design at Goldsmiths and Ravensbourne, graduating as a graphic designer in 1972.
He is a former Managing Director of the UK design consultancy Aukett Brockliss Guy. John now dedicates his creative energies to his photography projects. 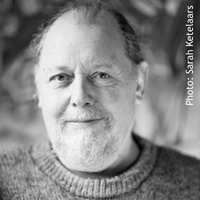 In the early 1980’s, when painter Ned Hoskins returned to the UK following a year spent living and working in the States, he was struck by the lack of visual arts in the Brighton Festival. His solution was to open the whole of his Brighton home to the public instead, an unheard of concept at the time! Over the years the Brighton Artists Open House concept has grown exponentially and today is a thriving festival in its own right. Ned no longer opens his house to the public (although plenty of devotees still turn up at the door!) but continues to paint in his studio at the top of his Fiveways home. His recent exhibition ‘Fractured Landscapes’ at 35 North featured predominantly new works, the exhibition name is derived from Ned’s very particular way of viewing landscapes, the result of the actions of a very unorthodox art teacher who threw his papers into the air and cried ‘There you are, draw that! Draw the wind’. As the papers rose into the air in a rhythmical, visual description of space, Ned grasped that the landscape is just as much about space as substance and that space can be realised only when something happens. 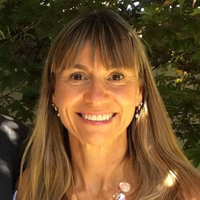 Pip Adams is a Vancouver-based artist inspired by the natural beauty of flowers, in particular form and colour painted in the abstract to create richness and vibrancy, working in oil, watercolour, charcoal and pencil. In addition to her fine art practice Pip works as a freelance illustrator and textile designer and has taught on undergraduate degree courses at several art colleges in the UK. Pip studied Textile Design at Nottingham Trent University and after spending most of her life in the UK and Europe, she now lives in Vancouver with her husband and four children. 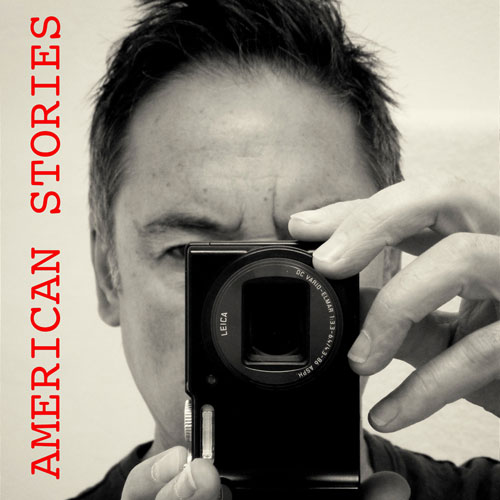 Mark Nelson – photographer speaking about the exhibition at 35 North said “The images for this show were chosen from a large portfolio of Americana, shot over the last twenty five years including my most recent work taken during time spent in New York and Cape Cod. My love of New York – it’s art, the constantly evolving drama of its street life and the light-forms onthe ‘concrete canyons’ – forms an historical narrative which is reflected in ‘American Stories.

The show at 35 North started on the anniversary of 9/11 and included an image of the World Trade Centre taken only weeks before its own shocking drama. The images also documented journeys across America along Route 66, New York to Atlantic City, NY to Cape Cod, and also to the dramatic vista of the Grand Canyon in superb light.” 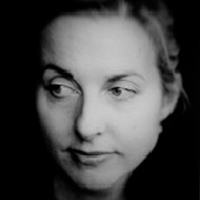 Sarah Ketelaars is a photographer, writer and artist based in Brighton. She has a degree in English Literature from Jesus College, Cambridge and an MSc in Social Science from the Robert Gordon University in Aberdeen. She began her career as a journalist and has had photographs published in trade, local and national newspapers and publications. Her images have also appeared on book, cd and magazine covers. Sarah’s fine art photography is held in private collections in the UK and Europe. Her work is represented by Trevillion Images and Getty Images. Sarah’s work is inspired by landscape, lifestyle and relationships. She works as a fine art photographer both to commission and in pursuit of her own personal artistic enjoyment. http://www.sarahketelaars.com/ 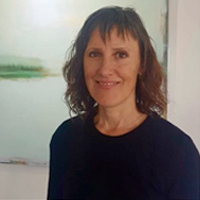 Michelle Cobbin is a Brighton based painter. “My work is an enquiry into simplicity. I am interested in uncluttered images. I seek to pare things down to express composure and stillness. In the making and in the viewing what matters to me is the sensation of movement or stillness (or the dynamic tension between movement and stillness) that the piece conveys. I want a painting to look spontaneous and simple, like it has been made in minutes. For this to happen I often make many pieces, and apply many layers, before I finally arrive in a place where emptiness, form, colour and luminosity are held in just the right balance for the overall result to appear effortless.” For Michelle the relationship between one colour and another is important – what mood/emotional response this evokes, whether it be calming or invigorating. What I’m looking for from my work is an active calm. I know it when I get it. The work tells me when it’s done – not the other way round. I make sure I give space and accommodation for accident, circumstance and organic digression. So I am playful in my approach. Spontaneity and instinct are important parts of the process. 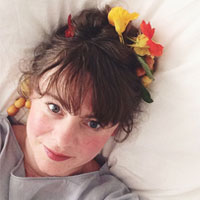 Philippa Stanton grew up in Warwickshire and studied History of Design at Manchester Polytechnic before training at RADA. She has lived in Brighton for over 10 years and enjoys writing lists, multi-tasking and running to Spaghetti Western soundtracks. She is 5ft and wishes her legs were longer, especially when painting large canvases.
Philippa has been Artist in Residence for Shakespeare’s Globe in London, and exhibited her PerSona Voice Portraits exhibition at the Theatre Royal, Brighton, with photographs by Cambridge Jones. She has been part of the Brighton Open Houses, exhibiting in her own house since 2004 and she has also exhibited at UCL, London, The Orange Tree, Richmond, Taylor St Baristas, Mayfair and Bank, Ten Green Bottles, The iO Gallery, Symposium, ArtatFive Gallery, The Hop Gallery and The Jolly Poacher. 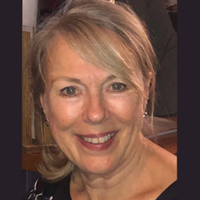 Photographer Lyn Holly Coorg was born in Worthing UK to Polish / British parents and moved with her family to Canada when she was a child. Lyn Holly’s passion for photography and recording moments around her began in these early years in Canada, when she was given a Brownie camera and became fascinated with expressing her view of the world through the lens. After returning to the UK Lyn Holly Coorg gained a B.Ed. in Special Education at Bristol UWE and majored in Photography and Art History with continued development at Brighton University. Her career as a photographer began in the late 1980s, when after a year long world trip, she worked as a contributor to Tony Stone Images. She has continued as a commercial stock photographer for Getty Images and Shutterstock to the present day. Lyn’s creative work is inspired by her passion for travel and the excitement and buzz of a cityscape, watching and waiting for the ‘decisive moment ‘.   She often uses Intentional Camera Movement to show a sense of emotion, movement and energy in her subject matter.  Lyn’s work is held in private collections in the UK and Europe.

Now based in Dieppe, Johanna Häiväoja and François Blosseville met at the Beaux Arts in Paris where they were both studying fine art (ENSBA). Finnish born Johanna works in paper, bronze, fibreglass and glass. She exhibits regularly in both France and her native Finland and has previously been a guest artist here in Brighton during the Festival. François Blosseville was born in Normandy and his love for that rugged coastline is very evident in his work. Francois sculpts in alabaster, wood, resin and bronze and exhibits in a selection of galleries in France. He too has been a guest artist here in Brighton and it is with great pleasure that we welcome both Francois and Johanna to 35 North. 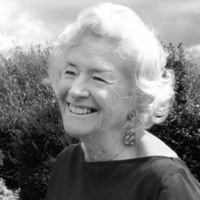 Pam Taylor (1929 – 2014) ARBS. Pam trained at the Sir John Cass College (now part of London Guildhall University) and emerged as one of the most talented portrait sculptors of her time. One of her early portraits, Twenties Girl, demonstrated the exquisite nature of her work and a series of portrait commissions followed. These include John Thaw, Shelia Hancock and in 1987 her bronze portrait of William Shakespeare (both Shakespeare Platz, Berlin and The Globe Theatre, London). Her 2001 sculpture depicting the historic meeting of Bob Dylan and Woody Guthrie was commissioned by publisher Felix Dennis and now forms part of the ‘Garden of Heroes and Villains’ at Dorsington in Warwickshire. Other public works include Pam’s delightful group of eight life-size children, Dockside Urchins, at London’s Tobacco Dock as well as life-size child figures for the Central Library, Redbridge.